As decided yesterday I didn’t went to meet them(the other puppies) but something interesting happened.

I thought they will come to me but when I reach in my car park I saw our society kids playing with another pup who they have met roaming around somewhere and some dog was chasing him and these kids saved that puppy from those dogs. He won’t be more than 1.5 months old and I really felt bad for that pup. I asked those kids if they are planning to take the pup to their home or they can just leave it to from where they found it. But kids are kids and they kept on playing with that puppy, later that night when I came home.. I saw that puppy loitering around. 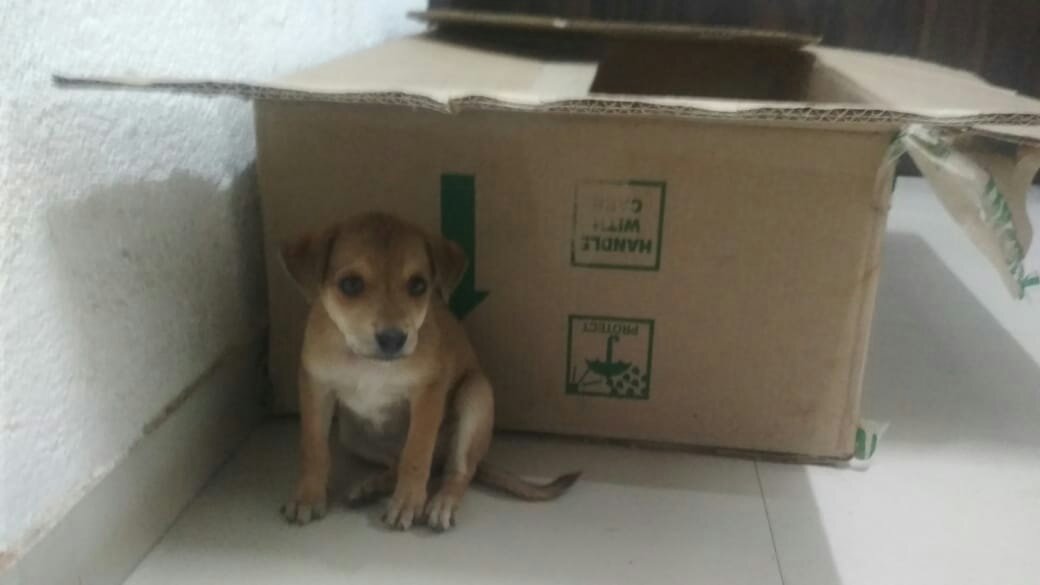 Scared for his well being, I put him in a card board box and bought at my home

My family was quite objecting so I kept him in the lobby.. believe me he was noisy all night and day. I have him some water at night and bread peices, in morning gave him some crunches to chew on. When left for office he was all noisy and kept whining.

I wish he will be around once I go back tonight from office. I really would love to adopt him and would be happy to give him a crate to live and would take care of him.